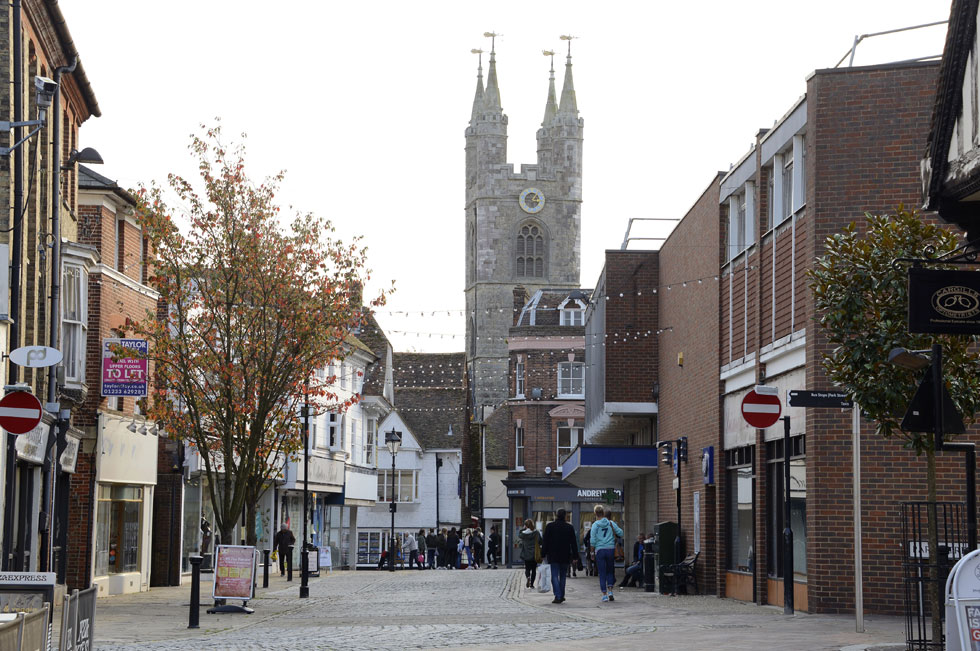 This week’s Express Cuttings looks back at a piece published in Tuesday Express, a forerunner to the Ashford Extra, on December 3, 1974, and describes both the enthusiasm and reservations of 16-year-old Howard Turner surrounding the Changing Face of Ashford. Many local people will remember Mr Turner’s late father – Ashford councillor Gordon Turner, former mayor, celebrated orator, acknowledged authority on the history of the town, and champion ambassador as Ward councillor for Newtown. It is apparent from this piece that his father’s passion for the town had certainly influenced Howard from a young age, following in his father’s footsteps by photographing and researching the town. Seeing this cutting from 1974, strikes a chord with me. I started my interests and research at the age of 10. It is somewhat ironic that, among many others, Gordon was one of the many authorities on the town that I initially consulted when I first became interested in the town’s history, and I owe huge thanks to him for his encouragement and his immense enthusiasm towards my research. I have fond memories of Gordon, and until now have not really had the chance to record the huge respect I had for him. I still greatly miss him. It was some of Howard’s pictures that I first saw upon meeting Gordon, and he had covered every corner of the town that, at the time, was ‘soon’ to disappear. Cllr Turner was instrumental in the success of the town’s twinning with the Hopewell Twinning Association in the United States in particular, and was quite rightly vocal and defensive of the town that he loved and enjoyed so much. Born in Ashford, he was the son of jeweller and watchmaker Thomas Morris Turner, whose premises were adjacent to the Co-op in the Lower High Street. Howard’s passion for the town of Ashford continues today. Both he and his mother, Gordon’s widow Betty, always endeavour to keep the work of Gordon alive, but most of all his memory.